In a major move to strengthen their Florida market presence, Florida-based Publix Super Markets, Inc. recently wrapped up a deal to purchase 49 stores from Albertson’s, LLC. The transaction includes 15 locations in North Florida, 30 locations in Central Florida and four locations in South Florida.

What makes this more interesting than any usual acquisition?  One, it comes at a time where the national economy is in a ditch.  Two, delivery and fuel prices have caused price surges in products on store shelves.  Three, consumer demand is beleaguered by all of the ongoing economic and credit turmoil, especially in Florida where home foreclosures are hitting local pocketbooks like a greedy grim reaper.  But, despite all of these conditions, the most fascinating aspect of the Publix acquisition is actually how they bought the 49 stores from Albertsons – cash.

Publix acquired the stores with cold hard cash – half a billion dollars to be precise.  While other supermarket chains are struggling through tough times and dipping into credit lines, Publix shells out cash without flinching.

“We are in a good position, we are financially sound, and we are a debt-free company,” said Maria Brous, Director of Media and Community Relations for Publix.  “We were able to make this a cash purchase for $500 million.”

Grand opening dates for all locations will depend on the scope of the remodels.

“All 49 locations will re-open as Publix locations,” said Brous.  “We have various plans for them.  Obviously, some need work, some more extensively than others.  We’ve already begun opening some of the stores in October.  We have five locations that have already opened and we’re on target for opening up to 28 locations before the end of this year.  The other locations will open throughout 2009 and early 2010.”

Those five locations include stores across Florida in Pensacola, Palm Coast, Clearwater, St. Petersburg, and Sebring.  The acquisition will also allow Publix to operate four stores in Escambia County, a new market area for the company.  The purchase adds four new stores planned in that area, with one location open now.

“We are always looking for new and better opportunities to provide for our customers,” said Brous.  “We were also looking to relieve some of the congestion from our current stores.”

The acquisition brings the amount of Publix owned locations to 967.  These include the new Publix GreenWise markets that are being phased in throughout Florida, with new locations planned for Orlando and Tallahassee.  The company has opened GreenWise stores in Boca Raton and Palm Beach Gardens earlier in the year, while just opening their third GreenWise store in Tampa on November 6th.

GreenWise Market store locations, built in spaces measuring anywhere between 35,000 to 40,000 square-feet, will feature everything from fresh produce and meats to a wide variety of prepared foods, wines and cheeses. While they will also include some top-selling conventional products in their stores, it is their unique approach in both execution and green sustainable construction that sets GreenWise Market stores apart from their more traditional Publix counterpart.

“The demand for the high-quality service our associate owners provide gives us the opportunity to reinvest in these communities by acquiring additional sites for Publix stores,” said Publix CEO, Ed Crenshaw.  “We continue to focus on being the premier food retailer in the areas in which we operate.”

While Publix operates in an enviably strong position during this economic market, their philosophy is straightforward.

“We are always looking to make the business more sustainable,” said Brous.  “However, we try to be sure that we are doing the right things to enhance the overall customer shopping experience.  Yes, we look at all of our spending and make accommodations about the current state of the economy, but we don’t hurt customers in doing so.”

Now that the acquisition is complete, Albertsons intends to operate its remaining Florida division stores with the ongoing support of its distribution center in Plant City and division office in Lake Mary, Florida.   As for current Albertson’s employees, Publix is trying to minimize the impact by holding job fairs dedicated to former Albertson’s employees in the upcoming weeks to try to bring many into the Publix fold.

Publix Supermarkets, founded in 1932, is the largest employee-owned supermarket chain in the country, with stores throughout Florida, Georgia, South Carolina, Alabama, and Tennessee. 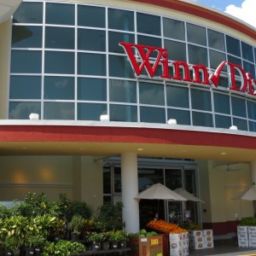 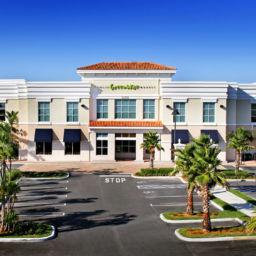