Gavin P. Smith has over 15 years of broadcast experience, including 10+ years of experience in operations, on-air performance, promotions and programming of radio stations in the Southeast U.S. and the Caribbean.

His voice has been heard on a range of legendary public and commercial radio stations in top markets with formats as diverse as his talent. He has also voiced hundreds of commercials for a variety of industries. Stations include:

“I have known Gavin to not only produce the best quality material and finished work, but through the process of both educating the client and ascertaining information from the client, he creates a fluid image. Ever hear the term “I saw it on the radio”? That’s Gavin!!!!” – Randy Parchment

When it comes to voice overs and imaging production, only three things matter to you when you need the work done yesterday.  What three things?


QUALITY
With 20+ years of experience, not only does Gavin have the pipes, he also has the editing chops to generate imaging that will reach through a speaker cone and pimp-slap your demographic in the face!

PRICE
Big station programmer trying to shave a few budget dollars and win brownie points with the suits upstairs? No problem. Small-town music master who might be able to come up with a couple of chickens for barter? No problem.

VERSATILITY
Gavin has voiced numerous commercials and other recordings across industries and borders, with charisma, personality, and a recognizable delivery.

Simple isn’t it? Gavin delivers QUALITY at a FAIR price.

Some of My On-Air Experience

The Big & Tall Show with Doctor G and the Big Kahuna

The Big & Tall Show with Doctor G & The Big Kahuna

Click to get The Gavin Report delivered direct to your inbox every month!

My Voice Over Rates

Project rates are determined by a variety of factors, including the type of voice-over, how it is being used, the size of the intended audience, the length of the recording, and the experience level of the voice actor. The chart below details voice-over rates per increment of time making it easier and faster for you to gauge what your voice-over recording may cost.

Radio commercials (scripts, raw voice and produced) are typically created in increments of 15, 30 or 60 seconds. A minimum rate of $200 applies for local radio commercials, while those being broadcast across the nation have a rate of $1,000+.

As with radio commercials, voice-overs between 15 and 60 seconds long are typical. Rates typically start at $300 per local market project and can be at least $2,000+ for national campaigns.

Already have the script and vocals, just need post editing?  Sure.  Fee negotiable based on scope of project.

I can also provide custom audio, sweepers, jingles and more for radio and television stations in need of that “special branding touch”.   Based on a retainer fee,  production services can be provided on a monthly basis under contract. Contact me for details.

Only the best of the best in voice acting are able to snag movie trailer gigs, which is why the pay rate for these jobs is quite competitive. The pay for local or regional trailers is $300 for a 15 to 60 second recording. This increases to $500 in cities such as Chicago or New York. Movie trailers broadcast on a national scale require payment of at least $2000. Internet trailers are now also becoming popular for online-exclusive films; but like local trailers, these have a going rate of $300.

Training videos are essential in the business world. Vocal artists are usually paid per finished minute of recording, with a going voice-over rate per minute of $100.

In addition to training videos, businesses also need voice-overs for their customer service lines. The suggested rate for this type of voice-over work is $100 per minute, or $1500 for a 45-minute recording.

Podcast recordings are split into three main categories: podcast commercials, bumpers and traditional podcasts. Aired during the middle of podcasts, podcast commercials are typically 15 or 30 seconds long. The advised rate per project is $150. Bumpers and sweepers are also between 15 and 30 seconds in length, and also have a going rate of $150 per project. The length of the actual podcast may vary, but in general, vocal artists are paid $250 – $500 for one hour of studio time and another $100 for each additional hour. Please note that the time in studio required to rehearse, record, correct and edit will typically be 2 to 4 times the length of the finished audio recording.

Need a book, e-book, technical or trade manual, guidebook, or other long-form items voiced?  We can do those too. Because the scope of an audiobook recording session depends so much on the individual project, it is suggested that clients budget anywhere from $250 – $500 per finished hour of audio.

The new teaching approach involves replacing traditional homework assignments with videos to watch at home — which means there’s an increasing demand for educational video voice-overs. The base rate for one hour of studio time is $250 – $500, with another $100 added for each additional hour. The time in studio required to record, correct and edit will typically be 2 to 4 times the length of the finished audio recording.

The make-or-break factor in a documentary is the talent of the narrator. A high-quality narrator should be paid $100 per minute, or $1500 for a 45-minute recording. As many documentaries are over an hour in length, special price quotes may be set for longer projects, based on the scope of the documentary.

Narration and character acting both come into play for video game voice-overs. The suggested rate for this type of voice-over work is $100 per minute, or $1500 for a 45-minute recording.

WHEN YOU CONNECT & WORK WITH GAVIN, HE LEAVES A LASTING IMPRESSION

I worked with Gavin Smith for over a year. When I had a client that he was doing a live broadcast for, Gavin was always on time, and a great representative of the company. When I scheduled meetings, Gavin was very dependable. I could always count on him, and when a client asked for unexpected things, he always came through for me with a smile! 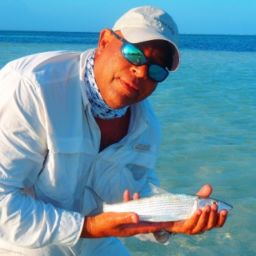 I have known Gavin Smith for more the 13 years and during that time I have know him to not only produce the best quality material and finished work, but through the process of educating and acertaining information from the client, he creates a fluid image. Ever hear the term ” I saw it on the Radio”? That’s Gavin!!!!

Whether you need a natural, compelling and clean voice for quick turnaround on individual spots, or if you need a fully devised radio campaign with scripts, themes, and fully produced multiple audio spots, Gavin can deliver in high fidelity with fast turnaround times.

Gavin’s goal is to help small and medium market stations and businesses sound world-class, without having to pay the high fees associated with large agencies or markets.

Let’s Start a Project Together