The weekend was jam-packed with seminars, workshops and brand meetings designed especially to give FPMA members and non-members alike a chance to interact, have fun, and learn about the association and its role in the energy industry. The trade show featured petroleum giants like Exxon, BP, and Chevron as well as other members of the FPMA, running the gamut from environmental engineers to convenience store distributors.

Although the weekend officially started on the 19th with both general and exhibitor’s registration, the festivities really kicked off at the stunning Rosen Shingle Creek Golf Course for the FPMA Golf Tournament, where FPMA members and guests were given the opportunity to play golf at the challenging but breathtaking course. Designed by veteran golf course architect David Harman, who has constructed golf courses for legends such as Jack Nicklaus and Arnold Palmer, the Rosen Shingle Creek Golf Course features interconnected waterways, undulating fairways, and 360-degree views. The tournament was sponsored by Handex Consulting and Remediation LLC (HCR), an environmental consulting and remediation firm in Florida, and CITGO Petroleum.

FPMA members and guests were also treated to the FPMA Tennis Classic at the Rosen Shingle Creek tennis courts. Sponsored in full by HCR, the tennis tournament was a chance for members and guests to get to know each other and have fun in a relaxing atmosphere.

After more opportunities for exhibitors and members both to register for the weekend’s festivities, Sunday afternoon kicked off with a seminar presented by the FPMA entitled “Get to Know the FPMA”. With three guest speakers on hand to lead the hour-long seminar, the focus was to share the advantages of becoming an FPMA member. Patrick Eakins of Edison Oil Co. addressed the crowd as a marketer member; Mark Radosevich of PetroProperties & Finance, as a supplier member; and Pam McElroy of ECS talked about the Scholarship benefits of becoming a member. Guests who attended the seminar were encouraged to attend the grand opening of the Trade Show.

Over 200 vendors and exhibitors, all representing various facets of the petroleum and convenience store industries, filled the FPMA Trade Show floor at the Rosen.  Starting on Sunday afternoon, members and guests were welcomed at each booth by company representatives.  Armed with brochures, information packets, fact sheets, business and contact cards and stunning creative displays, each representative was ready and eager to pitch their company.  Other companies, like 7-Eleven and Istobal Integrated Cleaning Systems, took a more creative approach by providing guests with testimonial and informational DVDs outlining their products and services.

The focus on environmental conservation and “green energy” was apparent in the exhibit hall.

“Our primary goal is to provide our members with an opportunity to see new technology as well as an opportunity to learn from seminars,” said Jim Smith, President and CEO of the Florida Petroleum Marketers and Convenience Store Association.  “There was an emphasis on environmental (going green) technology items and ways to reduce time and expense in day to day retail operations.”

The FPMA trade show featured the most innovative trends in equipment, products and services for the petroleum and convenience store businesses, as evidenced by the numerous mock c-store displays and automated fueling tank prototypes. Well-known companies such as Arby’s Restaurants, Dunkin’ Donuts, Seattle Drip Coffee Co., and 7-Eleven were on hand to promote their c-store services, while major oil companies such as Exxon, Sunoco, BP, Chevron and CITGO were there to educate attendees about the latest technological advancements in the energy industry.

While the larger, more familiar names were in attendance, smaller companies were also on hand to make their mark.  Visitors had the opportunity to meet with FPMA member groups in fields such as environmental consulting, engineering, insurance, real estate, car wash equipment, construction, finance, security, retail and many, many more. Refreshments were served throughout the show, with a food court area set aside for guests to relax and unwind.

The last two days of the convention wrapped up a busy weekend for attendees with workshops and brand meetings to complement the ongoing trade show. The Fellowship and Awards Breakfast, sponsored by BP, featured an address by guest speaker Commander Kirk Lippold. Lippold was the commanding officer of the USS Cole at the time it came under attack by al Qaeda in the port of Aden, Yemen on October 12, 2000.

“I personally think the presentation by Kirk Lippold, the Commander of the U.S.S. Cole that was attacked by suicide bombers in Yemen, was inspiring,” said Smith.

Following the breakfast and sports awards, there was an opening session which featured guest speakers Bob Beckel and Cal Thomas, writers for USA Today’s “Common Ground” column and co-authors of the book Common Ground: How to Stop the Partisan War That is Destroying America. Other workshops and seminars were held by Federated Insurance and FCStone.

The weekend concluded with a banquet featuring 1964: The Tribute, a nationally acclaimed Beatles tribute show, sponsored by McLane Suneast.

According to Smith, recent economic turbulence may have weighed in slightly on attendance.

“We were down about fifteen exhibitors and our retailer attendance was down several percent,” said Smith.  Despite the counts, the attendance to the four-day convention was still expected to be over one thousand, enough to be considered successful.

The FPMA convention is an annual event that brings together petroleum, convenience store and all other related industries to share the latest in industry trends and technology. The next FPMA convention is scheduled for mid-August 2009 at the Rosen Shingle Creek Resort. For more information about the FPMA, including details on how to attend or participate in their annual convention, please visit www.fpma.org/convention.cfm. 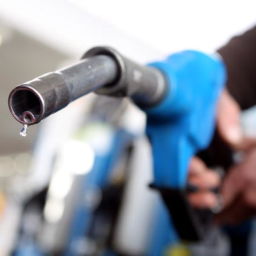 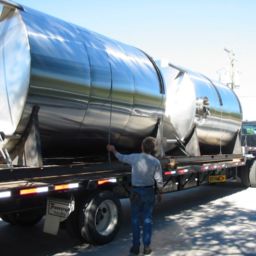 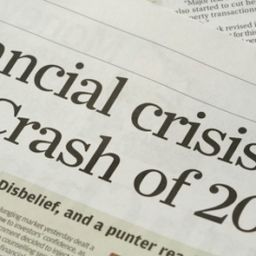