Cayman Gears Up for Auto Show

The second annual Texaco International Auto Show is revving up for a top performance this Saturday at the Lions Centre from 9am to 7pm.

This year the show promises a fun-filled day for all auto enthusiasts and those seeking something different on a day out.

A production of Spectrum Promotions and Style 96.5FM, the show will feature loads of info and showcasing of vehicles for the car crazy, along with entertainment, food and beverage booths, live bands, a sound-off competition and live radio broadcasts on Style FM. There is even a kiddie play area to keep the children amused as adults browse the displays.

Special car features at the show, which is in part sponsored by Cayman Free Press, include displays of the latest automobiles, auto parts and accessories, classic cars and performance cars. Other vehicles such as trucks and jet skis will also feature, along with cars from the Japanese domestic market.

Perhaps the highlight for racing lovers will be the presence of NASCAR Busch Series driver Donnie Neuenberger who will be available for photos and autographs. He will be at the show courtesy of his sponsors Arch Automotive, who are also sponsors of the show. He has been racing cars and trucks for 13 years, competing in Late Model Stock, Goody’s Dash Series, Hooters Pro Cup, ARCA, and the Busch North Series. Most recently he has been competing in the NASCAR Craftsman Truck Series and NASCAR Busch Grand National Series.

Top drag racers Stephan Papadakis and Kenny Tran will also be at the show and it is planned for their skills to be on display in a drag racing meeting this weekend. Further information on this will be available at the show, say organisers.

Another incentive for racing lovers to attend the show is that Dale Earnhardt Jr’s NASCAR vehicle will be on display there.

‘We’re very excited about this year’s event. We’re looking forward to a high turnout of people as there are a lot of people in the community with specialty vehicles who don’t often get an opportunity to showcase them. This will give them the chance to do that. We’re also excited about bringing in our celebrity racer and our drag racers.’

Another important aspect of this year’s show is the international media coverage that will focus on Cayman. Magazines that are covering the event include Modified Magazine, Import Tuner, Super Street and Speed Magazine. G4TV will also cover the event.

The first international auto show was held in 2003. Last year’s show had to be cancelled because of Hurricane Ivan.

The show has a $5 general admission, with free entry for children under six years of age.

Colombia at the Crossroads 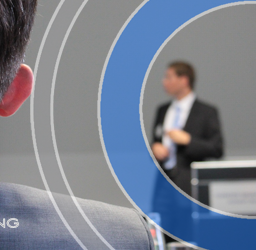 The Art of Listening
We use website cookies to give you the most relevant experience by remembering your preferences and repeat visits. By clicking “Accept”, you consent to the use of ALL cookies.
Do not sell my personal information.
Cookie SettingsAccept
Manage consent