There are few opportunities in life to meet people who take the time to look beneath the surface of a person and recognize their true potential.

Rarer still are those who also offer the guidance and support needed to help coax that potential to fruition.

Now imagine such a person aptly placed deep within the heart of a small liberal arts college.

Few institutions can boast about having a dean of such high caliber, personal character and leadership whose career spans 40-plus years. From the class of 1973 to the class of 2013, Dean Toby A. Hale (’65, P ’03) has served 40 classes of Wake Forest graduates. When we spoke over the Christmas holiday, he indicated that he was planning to retire from Wake Forest. I immediately wanted to share my own personal experience with Dean Hale as a tribute to him. I hope my story will not only reveal the finer qualities of this man, but also reveal the joys that come from the ever-elusive “second chance” in life.

In 1991, I arrived at Wake Forest with high hopes and big dreams. Three years later, I faced confusion and uncertainty. I called into question my studies and career aspirations. This led to grade issues and several conferences between my parents and Dean Hale. I remember those discussions well. He always had a way of reassuring both me and my parents that, regardless of any issues, I was both talented and capable of doing much better. He worked with my parents to help them understand what I was experiencing.

Despite his best efforts to accommodate my whims (or perhaps, a more apt word would be naiveté) during that period, I left Wake Forest in 1995 without completing my bachelor’s degree. In retrospect, I was really struggling with the birth of both my entrepreneurial spirit and talent for communication. Fortunately, I found my way into media, building a very successful career in broadcasting during a 15-year break from WFU. 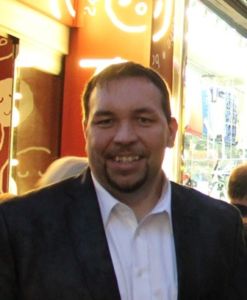 Now, fast-forward to 2008. In June of that year, I lost my father to acute leukemia. Major, life-shifting events often act as catalysts of change. One day in 2009, I caught myself gazing at my class ring, nagged by the thought of not finishing my WFU degree. I reached out to Dean Hale about the possibility of returning to Wake. Like a father for his prodigal son, Dean Hale quickly worked to fling open the doors of opportunity to me during a period in life when I needed it most. I returned, worked hard and completed my degree in December 2010. It was a second chance that, without the help of Dean Hale, probably would not have happened.

Happily, that is not where my story ends. While at Wake, I often visited Dean Hale to update him on my new goals and aspirations. One day, he asked if I had thought about attending a graduate school. Frankly, I considered myself fortunate enough just to be back. I had yet to look beyond the horizon. Dean Hale, by posing that simple question, sparked my confidence to push further. Always generous with his time, he provided several letters of recommendation.

Ultimately, I decided to pursue my MBA at William and Mary and in 2011, I discovered a dual-degree partnership between William & Mary and Thunderbird School of Global Management. Again, Dean Hale supported me. Today, I am writing this from a coffee shop in Glendale, Ariz. I finished my MBA and am working on my Master in Global Management at Thunderbird. In 2009, I felt lucky to have a second chance at WFU.

When Dean Hale officially departs the college this summer, Wake will lose a significant piece of its heart and soul. It is said that the best leaders are those who work quietly in the background and help inspire and develop leadership in others. My recent accomplishments are living proof of the quiet and deliberate work of Dean Toby A. Hale. Without his help, encouragement, faith and offering of a “second chance,” I probably would not be sitting where I am today.

No doubt, there are other alums that can provide similar stories about Dean Hale. I am proud to not only call him my dean, but also my friend. Wherever his new path may lead, I am sure he will continue to positively impact all that know him. Godspeed, Dean Toby A. Hale