In an ongoing mission to raise awareness regarding Camp Lejeune water and soil contamination, one of the goals of CivilianExposure.org is to seek out opportunities to bring more media attention to the issue. With so many civilian and military personnel exposed from the 1940s to the 1990s, it is imperative that all information be spread through the broadest media outreach possible. Many have potentially moved or relocated to all parts of the world and may not even be aware of their exposure, recent studies or potential available assistance.

This is not a local or regional news story. It requires national and global outreach, not just for issues at Camp Lejeune, but eventually for exposure issues at all bases and installations around the world. Ultimately, we hope that CivilianExposure.org becomes a window for the media and the public into this ongoing, urgent environmental health crisis.

While our press outreach is just beginning, we are proud to be featured in the Jacksonville Daily News (print and online), Military.com and Stars & Stripes (Stripes.com).

Please share this story and help us spread the word. Links to original publications are at the end of this post. If you are a member of the media or connected to someone that is, please feel free to forward this story, this website and our social links to them. For media inquiries, please feel free to reach out to us at media@civilianexposure.org.

Six years ago, Robert Smith lost his battle with cancer.

“He never had a health problem in his life as long as I know,” said Gavin Smith, Robert’s 41-year-old son. “Until 1996, just a couple of years before he retired.”

When his father eventually passed, Smith said it came as a shock to his entire family and left him with numerous questions about the circumstances of his father’s death.

According to Smith, his father was diagnosed with acute leukemia (AML), of which Smith said his family had no history.

“He was always happy and jovial,” said Smith about his father, Bob. “So when he started having problems we thought maybe it was natural.”

In 1971, Smith and his family moved to the coast and settled down in Emerald Isle. Smith said his father started off doing odd jobs before securing a job in 1974 in maintenance aboard Camp Lejeune.

“When I was in high school, I would go over there,” said Smith. “He would work second shift and I would probably go over on Friday nights and hang out.”

But in 1996, just a couple of years shy of retiring from his 25-year tenure as an employee with the installation, Smith said his father began having various health complications.

By the summer of 2008, Smith who had just started a freelance business in Orlando, Florida, heard news of his father’s diagnosis and immediately moved home.

“As soon as I found out, I shut everything down and moved home,” he said. “We kept going back and forth to Duke Clinic … That went for about two or three months and then he passed.”

Smith was on a flight from Arizona to North Carolina a year ago when he heard news about Camp Lejeune’s water contamination and began doing research on his own about the issue.

“I started to notice some of the chemicals in the water supply had links to leukemia among other things,” said Smith.

In 1982, volatile organic compounds were discovered in two out of the eight water treatment plants aboard Camp Lejeune.

Other chemicals found in water samples include benzene and vinyl chloride or VC.

“I kind of had a feeling that there was more to it connected to my dad’s passing,” said Smith. “My father was there 25 years and ingested the water on that base the entire time. I’m sure he made the coffee on base from that water.”

From 1957 to 1987, thousands of military members and their families along with civilians living and working on Camp Lejeune were exposed to several volatile organic compounds and carcinogens due to contaminated water aboard the installation.

An ASTDR study that was published on Aug. 13 compared mortality rates of 4,647 full-time civilian workers employed at Camp Lejeune from 1973 to 1985 with employees at Camp Pendleton, California, during the same period. The water supply at Camp Pendleton was not contaminated during that time frame.

The study concluded that Camp Lejeune workers were at a higher risk at developing various kinds of terminal illnesses. According to the study, Camp Lejeune workers had a higher incidences of death with causes relating to cancer of the breast, kidney, lung, oral cavity, prostate and rectum, kidney diseases, leukemia, multiple myeloma and Parkinson’s disease.

Smith, whose father worked in Building 1202 on Camp Lejeune, believes he was also exposed to toxic vapors seeping up from the ground.

“Building 1202 was where the strongest vapors from the toxins were,” he said. “… Based on the location where everything occurred, my father’s leukemia was caused by exposure of over 25 years.”

Smith founded CivilianExposure.org, a website with media reports, studies and videos relating to the historic water contamination at Camp Lejeune.

Smith said he eventually contacted Jerry Ensminger, a retired Marine stationed at the installation during the years of contamination, for help with his website.

“I wanted to get more involved so I reached out to Jerry … ,” said Smith.

Ensminger led the fight for answers and to get legislation passed after discovering that the death of Janey, his 9-year-old daughter, could have been caused by exposure to the contaminated water.

In 2012, the Janey Ensminger Act was signed into law by President Barack Obama, promising health care and aid to thousands of veterans and their families who were exposed to contaminated water at Camp Lejeune.

Ensminger said civilians working at the installation at the time of the contamination could face health issues as well.

“Well they were exposed just as much if not more than the military,” Ensminger said. “Most of these people did not live on the base but some did. They had showers and locker rooms in many of these different facilities — they spent a much longer time at Camp Lejeune.”

Smith said he was recently nominated to be on a community assistance panel for the ATSDR with Ensminger, where the pair along with others discuss the latest studies or information surrounding the issue.

“We have phone meetings once a month,” he said. “It helps gives me access to the information.”

With the creation of the website and Smith’s full-time dedication to filling it with updated information, Smith hopes to find more civilian workers who may also be exposed to contaminated water.

“I’m trying to push for the civilian’s side,” he said. “Dad had crews that worked for him that were civilians and they were all exposed.”

Smith said he aims to notify former civilian workers who worked on Camp Lejeune about the contamination and the health risks associated with it so they can get the medical help they need.

“I want to try to make sure there’s enough light on it and it doesn’t happen again,” he said. 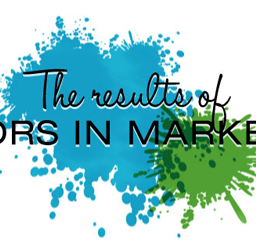 The Psychology of Color in Marketing 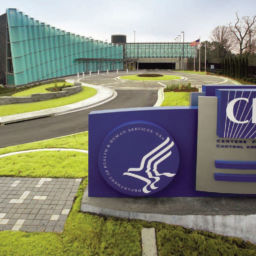