Today, Americans take so many things for granted.  As a nation with a limited attention span and a constant need for instant gratification, we conveniently overlook our own heritage and the difficult work of a few statesmen almost two and a half centuries ago.  All of us have handled a ten-dollar bill at one time in our lives, but have we ever stopped to understand the complexities and the vision of the man who appears on that bill?  The legacy of Alexander Hamilton lives on in many of our political and economic conventions to this day.

Born and raised in the Caribbean, Alexander Hamilton learned about the world and trade early in his young life.  Born out of wedlock in Nevis, BWI to Rachel Lavien and James A. Hamilton in 1755, young Alexander became an orphan upon the death of his mother at age thirteen.  Briefly adopted by a cousin who later committed suicide, Nevis merchant Thomas Stevens took in Alexander and adopted him.  Throughout this turbulent childhood, Alexander began clerking at a local import-export firm, became an avid reader and expressed a desire for writing.  Alexander made his way to Kings College (known today as Columbia) in New York in 1773.  Some of his early essays at the time include attacks on the Quebec Act, becoming a supporter of the Revolutionary cause but not of rising violence against Loyalists.  To that point, he even saved his college president from a violent mob by talking to them long enough for the president to escape.

Hamilton later joined the New York volunteer militia.  He quickly moved up to become Aide-de-camp to General George Washington for four years, becoming a close confidant.  Seeking fame in the war towards the end stages, Hamilton threatened to resign his commission if he was not given a field command.  With the granting of that command, Hamilton led a successful campaign at the battle of Yorktown that helped end the war.

After the war, Hamilton served in the Congress of the Confederation representing New York. Resigning from Congress in 1783, Hamilton taught himself law and was admitted to the New York Bar, specializing in defending Tories and British subjects in court.  The next year, he founded the Bank of New York.  He went back into politics in 1786 at the Annapolis Convention.  Yet he was not fully satisfied with the Articles of Confederation due to the weakness of the central government during the war.  Inability to fund and equip troops made the Congress dependant on subsidies from France, a handful of the states and European loans.  His frustration ran so deep that he drafted a call to revise the Articles.

In 1787, he attended the Constitutional Convention representing New York.  It is during this time that he joined with John Jay and James Madison to draft the most extensive interpretation of the Constitution to date, a successful propaganda campaign named The Federalist Papers.  This body of work revealed Hamilton’s perspective on a strong centralized government.  He attacked the weakness of the current government under the Articles of Confederation, outlined the powers of the federal government, addressed adequate separation of powers and provided specifics for executive and judicial powers.  The U.S Constitution embodies most of his ideas.

In 1789, George Washington appointed him as the first Secretary of the Treasury.  In his six years in the position, he was responsible for the structuring of the Cabinet.  He also submitted several reports calling for public credit, import duties, establishment of a mint and manufacturing.  Hamilton is also responsible for forming the Revenue Cutter Service (now known as the U.S. Coast Guard).

Hamilton’s economic policies are often supported by protectionists and have been referred to as the ‘American School’.  Such policies include government intervention to aid business, opposition of British free trade, favoring of protectionism and the desire for a public debt and revenue stream.  His works have been touted in use by countries like Japan, Germany, Taiwan and Korea as a blueprint for the buildup of their own economies.

Hamilton was not a perfect man.  Many referred to him as a monarchist, an opportunist, etc.  Despite a happy marriage to Elizabeth Schuyler for years, he still admitted to an affair that hurt his reputation for many years after.  He also broke with fellow Federalists on some issues and undercut Federalist John Adams during his Presidency, causing a split in the Federalist Party.  In addition, a feud developed between Hamilton and Aaron Burr for several years until 1804, when Burr challenged Hamilton to a duel.  On July 11th, on the banks of the Hudson River, Burr mortally shot Hamilton.  Hamilton died the next day.  His widow lived on for another fifty years, defending his reputation until her passing.  He left behind eight children. 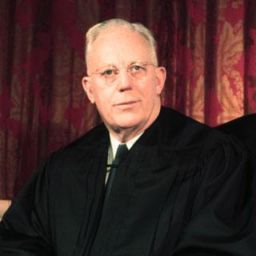 Debate – Federalist Papers and the Origins of Hamiltonian Federalism