The Adventures of Entrepreneur and Wake Alum Gavin P. Smith

“One of the key things in entrepreneurship is being able to see patterns and opportunity, and then knowing when to seize upon it at the right moments. In 2000, I heard of an opening in the Cayman Islands and jumped on it. I didn’t even have a passport, but I filed for one fast, sold everything I owned, packed 2 suitcases and moved there.”

—By Karli Thode, Communication Intern The Office of Innovation Creativity and Entrepreneurship

Meet Wake alumnus, Gavin Smith, a traditional, social, and emerging media professional with 20 years of combined experience, including 10 years in broadcast operations, on-air performance, and award-winning programming of radio stations in the Southeast US and the Caribbean. Smith is a man of many hats and talents, whose enthusiasm and zest for life is truly inspiring.

Smith entered Wake Forest University in 1991 as a young and ambitious freshman, ready to conquer the world that is Work Forest. In his third year, after having spent a year working at a local law-firm part time, he quickly realized that corporate law was just not what he wanted to do for the rest of his life. His path as a history major was no longer clear to him, and he faced much confusion and uncertainties, calling into question both his passions and career path.

It was through this time of questioning that he discovered a tenacious and entrepreneurial spirit within himself; a spirit that has served him well in his many endeavors. In 2000, he heard of an opening in the Cayman Islands and jumped on it. He didn’t even have a passport, but quickly filed for one, sold everything he owned, packed two suitcases and moved there.

After several years away and upon realizing the value of his education, Gavin bravely returned to Wake Forest and completed his undergraduate degree majoring in history and minoring in Entrepreneurship and Social Enterprise. Inspired and encouraged by Wake Forest faculty, advisors and mentors to further his education, Smith was admitted to Babson and The College of William & Mary. While at W&M, he discovered a unique partnership that they had with Thunderbird School of Global Management and pursued a dual graduate degree. Smith just recently graduated with both graduate degrees.

When prompted to define himself as an entrepreneur, Smith shared that he likes to refer to himself as more of a ‘want-repreneur,’ a term coined by American magnate, investor, and philanthropist, Mark Cuban. What does he mean by this? “I still don’t think of myself as an entrepreneur just yet, but I will be there in the next year, I think, if current project activities continue to go as planned.” Smith believes that an entrepreneur does not just solve a problem, but that there is also an inherent responsibility that comes with the territory.

Today, Gavin has quite a few ventures in the works. In addition to his solo venture, The Gavin Group, Smith has also co-founded IslandSouvenirShop.com, a Caribbean e-commerce clothing company, and D2Media Partners, a recent internet radio network startup for the healthcare industry. He is also currently working to launch his own freelance voice-over business for commercials. But perhaps most near and dear to his heart, Smith is working on developing a non-profit that will help bring awareness to ongoing water contamination issues at Camp Lejeune, NC and other bases. This non-profit, CivilianExposure.org, was inspired by the loss of his father, whose original leukemia diagnosis was linked to his exposure to contamination at the Camp Lejeune base.

Smith’s adventures have taken him above and beyond the entrepreneurial traverse, instilling within him many invaluable lessons along the way. But perhaps some of his most foundational experiences were discovered during his time here at Wake Forest. “I have to thank faculty in the entrepreneurship program, my mentors and advisors and all others who inspired me to both pursue my graduate degrees and think innovatively and entrepreneurially. Thanks to them I’m where I am today.”

And with that, Gavin shares a few takeaways for other ‘want-preneurs.’

Value Proposition – Thoroughly understand your idea and how it creates value in the marketplace.  What is the value and how can you monetize it?  Even if your goal is more than just about money, your idea/venture still has to make money to sustain itself and its employees.

Due Diligence – It’s not enough to build it and think that people will simply come running.  You need to research the market, the competition, potential target consumers, etc. and really know what your focus will be.  Sometimes after all of the research, you will come to a conclusion that your idea may not be worth pursuing after all.  That’s OK.  Better to know early than after you’ve invested tons money from yourself, family, friends, etc.

Network/Tribe – Build your network.  Build your tribe!  Talk with people all of the time.  Listen to what they have to say and think about what ‘needs’ you hear come up in conversations.  Sometimes, the best entrepreneurial ideas are the ones that simplify something for people (Twitter simplified online communication between individuals, and it is a very simplistic site).  Plus, engagement with others in your “tribe” will help you uncover resources and talent that can help you along the way.

Flexibility – Be completely open to any and all opportunities/possibilities.  If you want stability and guaranteed lifestyle, entrepreneurship is not for you.  You must have a great tolerance for ambiguity, and if you do, entrepreneurship can be a really fun ride and take you places you never thought of before.

Business Plan – Every business idea needs a good plan.  It’s necessary to give you some sort of structure and focus as you proceed toward your goal, and it also gives you something to use to gain investment.  However, your business plan is also not a concrete thing.  It, too, starts changing as soon as the ink dries.  It has to be flexible, just like you.

Love What You Do – If you’re going to start something yourself or be an entrepreneur, make sure it is in a field that you have a strong conviction about, or love very much.  Otherwise, you’ll not have the motivation to pursue it fully.

Focus on One Thing at a Time – Focus. Focus. Focus.  Pour your efforts into that one idea/project completely until you get it right, then move on to the next. 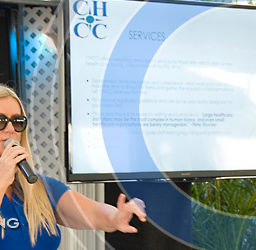 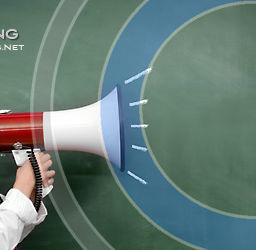 How to Tweak Your PR for Better Results

Perspective – Colombia in the Crossroads
We use website cookies to give you the most relevant experience by remembering your preferences and repeat visits. By clicking “Accept”, you consent to the use of ALL cookies.
Do not sell my personal information.
Cookie SettingsAccept
Manage consent